Hello my name is Jonny. I am 20 years old and this is my experience with Cancer.

The past year has been a strange one: over the course of 365 days I've gone from a college student in Glasgow to a cancer patient with a 2 year long recovery phase. I'm going to try to tell the story of what happened over the past year by talking about 5 concerts, as each show happened alongside the progression of the cancer, from slight discomfort to 10 hour operations, and everything in-between.

At the beginning of 2018 I had started attending college in Glasgow to study making and repairing stringed instruments (guitars, violins, basses and such). Throughout school I struggled with exams but I found I had a knack for playing bass and making things. A led to B and before I knew it I was at Z making guitars for customers and attending 1 of 3 places in the UK that taught guitar building as a subject. So as you can imagine I was pretty pleased; I was happy, college was living up to expectations, I had a plan and I was healthy. I was fully aware of what to expect with NF but never anticipated what was waiting for me just around the corner. With everything going well, I decided to treat myself to a concert and I went to see KNOWER with an old school friend at a small venue in central Glasgow. Hands down it was the best show I have ever been to. Fast forward several months, I’ve finished the first year of College and I'm working at a small local cafe over the summer where my parents live. One day I noticed a slight weakness in my index finger on my left hand. I thought nothing of it until a few days later when I realised it was becoming numb. Over the course of a week it worsened. I went to see the local GP, who made an appointment for me to have an ultrasound scan of my upper arm.

We now arrive at part 2. The first scan had concluded that I had a tumour on my median nerve, which was the cause of the loss of function and feeling. What followed were more scans, MRI, and a biopsy but despite all this I (foolishly) went back to the college even though by this time I was effectively one handed and in a great deal of pain. After about 5 weeks of College I was headed to London to see funk legends Vulfpeck, a plan that had been organised earlier that summer. Earlier that day I met with a doctor to tell me the results of the biopsy, it was CANCER! - more specifically a “nerve sheath Sarcoma”. I can remember that on that day I was already feeling sick before being told the news, so I barely registered what it actually meant (maybe also because I had just started taking Gabapentin to help keep the nerve pain down and was feeling the side effects). I remember while travelling down south on the train thinking about what was happening, I had Cancer, I had a 8-10 hour operation around the corner, radiotherapy, more operations later on, 2 years before I would get the use back into my hand , even the possibility of amputation, the possibility of never being able to go back to what I love doing and a chance the treatment wouldn't work ultimately resulting in me losing my membership of the “being alive” club. So with all of that in mind after the concert I contacted the college the following weekend to withdraw from the course.

Not long after I was back in Glasgow for yet another scan (PET/CT) the same week as I was seeing David Byrne (former frontman and singer of Talking Heads). By this time I had accepted the reality of the situation, I had a date for the surgery and I had a better understanding of what was going on; surgery in November, radiotherapy in early 2019 and more surgery later in the year. And I was aware that things may not work out well.

Surgery vol. 1. This was it, my first time having surgery. It would be 10 hours long, with a week of inpatient recovery in the HDU (high dependency unit). I remember waiting in the anaesthetic room, lying on a bed feeling a bit nervous. Then suddenly, without warning, I was in recovery feeling groggy, not being able to feel anything much else, and having no perception of time passing. 10 minutes or an hour, it all felt the same to me. During the first 3 days of surgical recovery I was struggling to hold a conversation and walking felt like an insurmountable challenge. By day 4 I had started talking, walking around, drinking coffee and watching Hot Fuzz while waiting for visiting hours in the ward, although most things were still challenging nonetheless.

By day 5 I was well enough to be allowed out for lunch (I had pizza) and after 6 long days in hospital I was released into the wild.

We now arrive at the Beatson Centre in Glasgow, in February, for 6 weeks of Radiotherapy. I had a mould made several weeks before, to keep me still for the therapy. One of my most prominent memories from the experience is seeing myself held firmly in place looking straight up in the reflection of the machine, with the mould almost entirely covering my chest and face. The Celtic Connections festival was coming to an end and my dad had got tickets to see Bokanté, a world music group featuring the bass player from Snarky Puppy, another favourite band that I’ve also had the pleasure of seeing in concert.

The first couple of weeks were fine. I was walking to and from hospital, visiting friends, It all didn't seem too bad. During the third week my back started to burn, I started to feel tired shortly after the therapy but things still continued more or less as normal. It was at around this point when I was put into contact with the Willow Foundation to organise a post-cancer holiday weekend. I started to look for things I might like to do and discovered that Louis Cole (who I saw playing drums for Knower a year prior) was playing a solo show in London. By week 4 the burns had worsened, I was spending an extra hour in hospital getting dressings applied to the burns, the tiredness was getting worse, lying down had become moderately painful and I was unable to walk to the hospital some days.

Despite the now severe discomfort I tried to carry on as usual; walking to and from the hospital when I was able, taking part in support groups, meeting people and organising a post-school meetup with a few old friends.

A few months have now passed since radiotherapy had ended, the burns had healed after a few weeks. I wasn't feeling tired all the time, things are starting to move forward and following yet another MRI it was concluded that I was officially cancer-free! 8 months prior all of this had just been a mild discomfort in my hand. I had no idea it would lead me down the road it did. The time came for my special day. I was seeing Louis Cole at a solo show in London I had bought the tickets while the Willow foundation had very kindly provided transport and accommodation for my brother and me. I had a fantastic weekend! The weather was good, the show was better and I had been given the all clear not long before, life was starting to get back on track.

So there you have it, my 2018-2019 cancer experience. It still isn't over - I still only have the full use of my right hand, even though the left doesn't hurt nearly as much as it did, I still can't get back to playing bass, making guitars or even playing video games like I used to. I have however found a fondness for synthesizers so, while I can't play bass, at least it gives me something musical to do.

I'm not just going to say “having cancer has made me a stronger person” and leave it at that, because it hasn't. This experience has left me worried, scared and uncertain. There's always the nagging thought that I won't be able to pursue the things I've worked towards over the past 4-5 years. As you can probably imagine all of this caused lots of anxiety and uncertainty about how life would progress.

Music has always been a big part of my life, with listening to lots of music, playing the bass/synthesizer and making stringed instruments. Even though I can't make guitars at the moment, I will still listen to and play (on the synthesizer) for now. Who knows, maybe one day I'll get back to doing what I originally intended.

Over the course of my treatment I got a huge amount of support from the Nurses,Doctors, Therapists and Oncologists I also found lots of support on Reddit especially on the subs r/cancer, r/neurofibromatosis and r/anxiety during this unfortunate situation.

"If anyone else ended up in the same boat as me my advice would be; try to keep on doing the things you did before as much as possible"

it is very easy to fall into the pit of depression, especially in a time like this and keeping with these things will help prevent that.

Speaking recently with Jonny and his family Jonny is back in hospital having chemotherapy as there has been a recurrence of cancer. He insisted that we share his positive outlook on live with all of you and we wish this brave man and his family all the best. 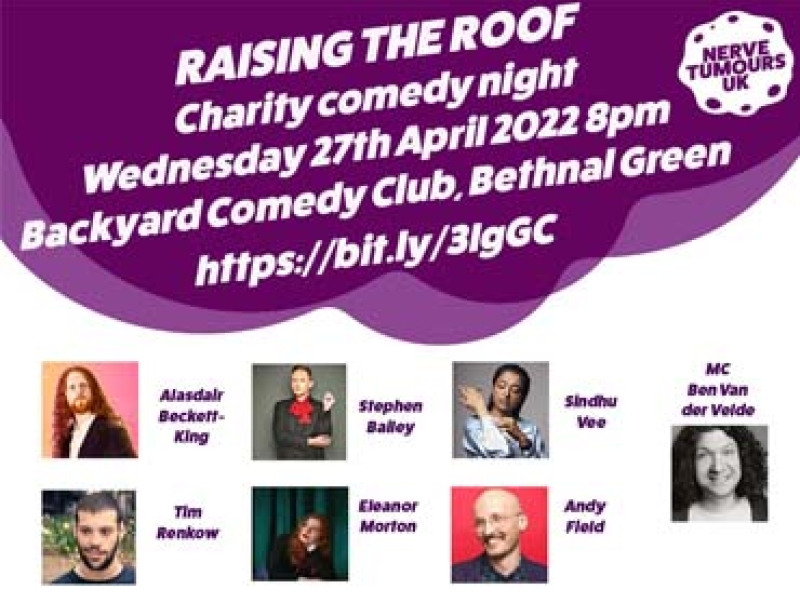 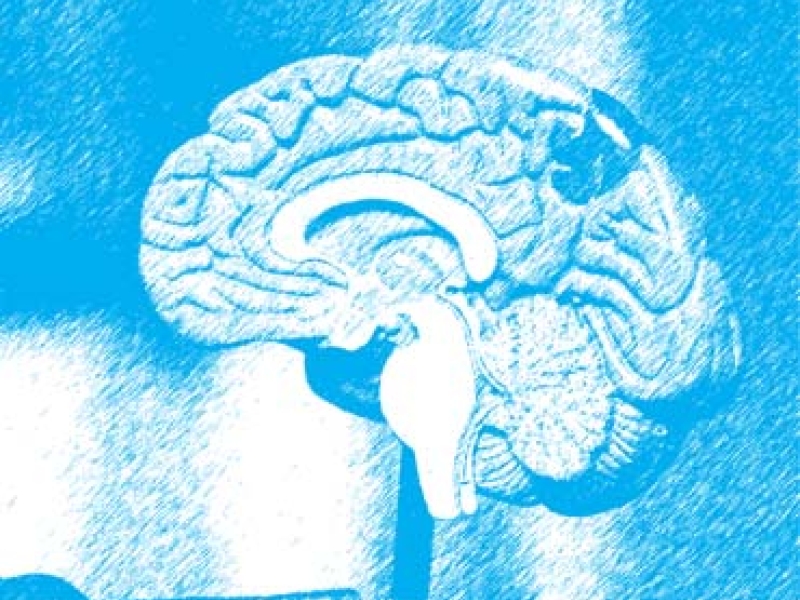 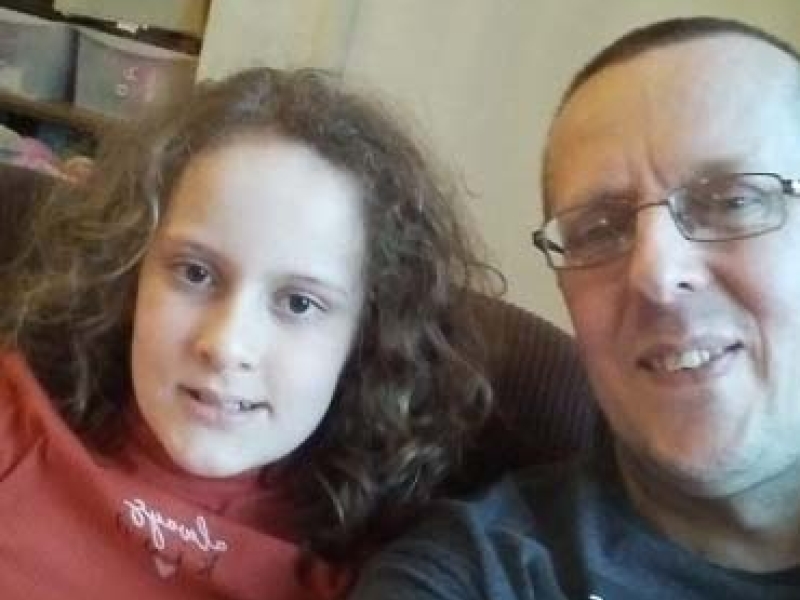 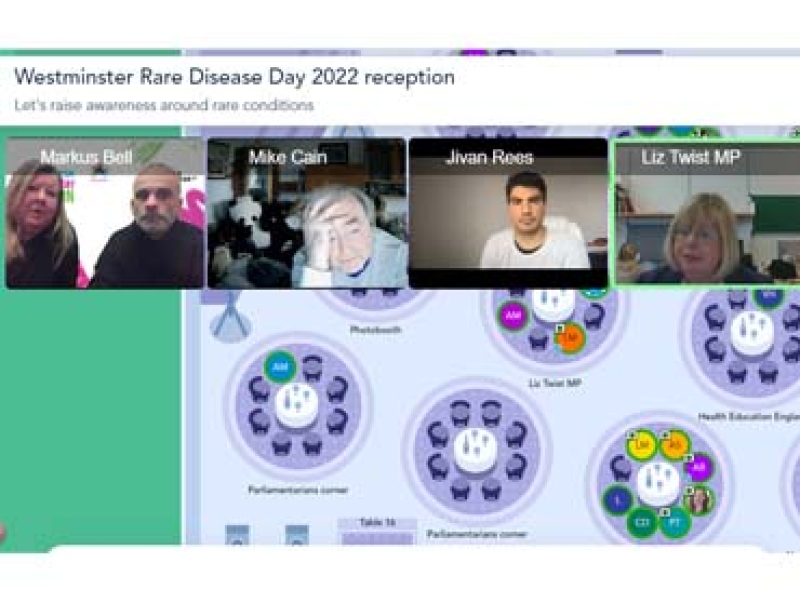 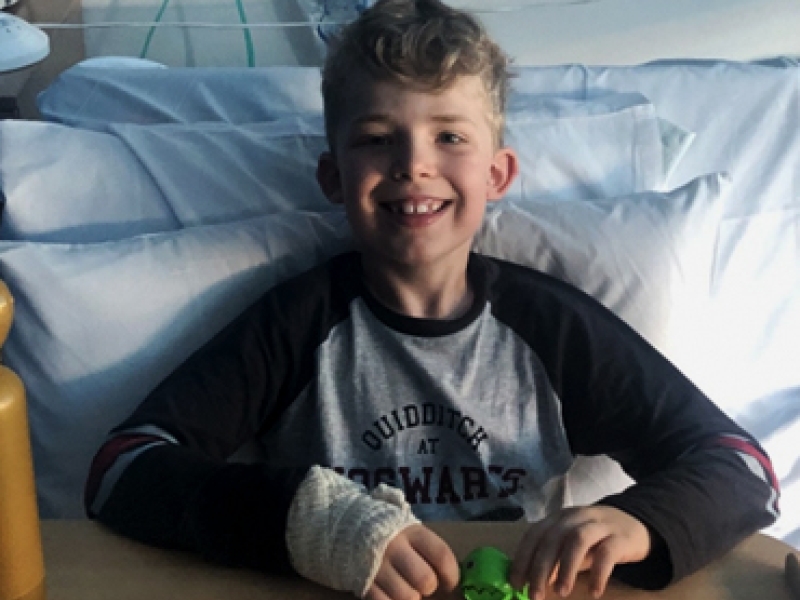 Support Tate with his 2 day Shine A Light marathon! 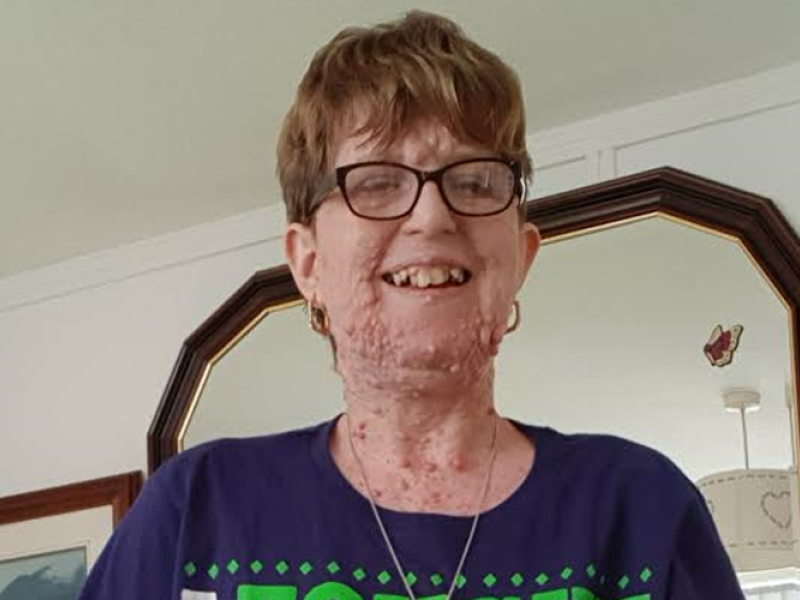 Have a read of Ella's editorial as she shares her brave journey against NF1 with us! 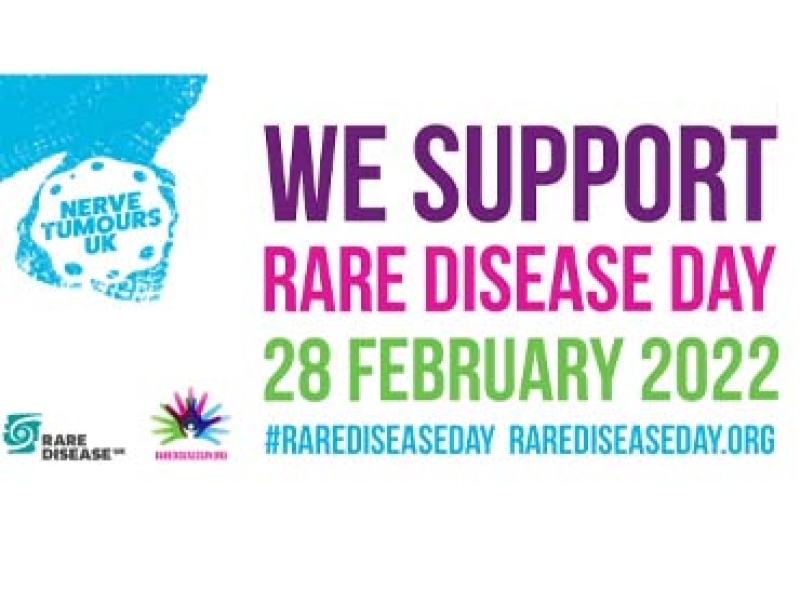