Hi, my name is Sian and my fiancé is Connor. We want to share our story with others and help raise awareness of NF2.

Our baby boy Reuben was born sleeping (stillborn) on 14th December 2021. Our pregnancy wasn’t the easiest, we faced numerous problems but despite all we continued to fight on for our little soldier. We were 24 weeks pregnant with Reuben when he was born, he weighed 1lb 4oz and was so perfect in every way.

We first discovered problems in our pregnancy at 16 weeks, both of Reuben’s kidneys were moderately dilated, we were under two weekly monitoring with our consultant. We were obviously worried but didn’t think anything of it really. We then discovered he had a cleft lip and palate at our 20-week scan. Each time we were scanned we were told more bad news, we cried for days, worrying about all the operations our little boy would face so soon after birth. But again, we decided to fight on and protect our son as much as we possibly could.

Our consultant advised us to have an amniocentesis. Although we were terrified of the 1 in 100 risk of miscarriage, we decided to go ahead with testing and prayed for the best. If only we knew what was to come.

Ten long days later, we had our microarray results back. I remember the initial phone call with the hospital, asking us to go in at 9am the next day. I could hear the worry in the midwives’ voice, I burst out crying and rang Connor. Heartbreakingly, we found out Reuben had 2 rare genetic disorders, NF2 and MN1. Both we had never heard of. A video appointment with our local genetics’ consultant was arranged and from here we discovered the severity of Reuben’s development. NF2 currently has no cure and affects approximately 1 in 35,000 children and adults globally. It causes tumours to grow throughout the nervous system, mainly affecting his brain, spine, organs and limbs. MN1 is a disorder which causes learning disabilities and Reuben also risked being deaf and blind due to the NF2, these are just a few of the horrific problems he faced. It felt as if our world was falling apart. Our perfect longed-for baby boy was not the healthy baby I thought I was carrying.

We were transferred over to another local hospital, for more specialised medical input. Our 23-week scan showed that Reuben’s kidneys were now severe, and it wasn’t just his kidneys which were filled with fluid, his ureters were also now dilated. Our problems were progressing. I had contacted my community midwife the week before as I felt reduced movements, but I was told everything was ok. I started to feel paranoid, like I was going crazy, worrying.

But unfortunately, at 24 weeks we lost our precious boy. We didn’t get the opportunity to spend any time with our son alive, his heart had stopped beating well before birth. This made things even more unbearable. The hopes and dreams we had of our life with him had all come crashing down on us. We have two other children; Laila (13) and Harper (5). They were absolutely heartbroken to discover their little brother was not coming home. The guilty feeling ate us alive, we felt as if we had caused our son to be so poorly. This was the hardest part for me as a mother who is supposed to protect my unborn baby, I felt as if I had failed him.

It has now been 7 weeks since we lost our little boy, people tell us time is a healer, and I do hope as time goes on life becomes a little more bearable. But for now, we are trying to process why everything went so wrong and adapt to a life without our son.

Connor and I were offered genetic testing, we are awaiting results to see if NF2 and MN1 was something we passed on, or whether it was that Reuben was just very unlucky and it happened at conception. Regardless of our results, we would love to help and support others in a similar situation to us and raise awareness of NF2. As I previously stated, NF2 is something we had never came across or heard of before.

We would love to give back to two amazing charities which really helped us along the way.

The Honeysuckle team at Liverpool Women’s Hospital allowed us to create beautiful memories with our son, which is the only thing we have left now. We created his foot and handprints and they organised a blessing for Reuben. They allowed us to spend as much time with him as needed and provided a cold cot so that he wasn’t taken away from us. We had so many cuddles together, they dressed him for us as we were too scared of hurting him. They provided a memory box with beautiful keepsakes and gifts in, which we keep in a special place in our home. They contacted a funeral director and made the initial arrangements for us – something no parents should ever have to do for their child.

The family room within the hospital was as lovely as can be. Having this place for bereaved parents to visit their sleeping angel really helped us. It meant that we could go home, freshen up and come back to the hospital to spend as much time with our son as we needed. The room was calm and relaxing, so you felt quite at home. There was only one room in the hospital, so only one family at a time could visit their sleeping angel – we were lucky and were never turned away.

Nerve Tumours UK also supported us massively, a charity we had never heard of before. When we first knew about Reuben’s diagnosis, I remember feeling so isolated and lonely. I asked family if they had ever heard of it, none of them had. I began putting “NF2 support groups” into google to find as much support as I could. I found a group on Facebook and somebody pointed out Nerve Tumours UK. I joined this group straight away and reached out for advice of ways we could make Reuben’s life more pain free.

"Nerve Tumours UK provided us with so much support very quickly and put us in contact with a leading specialist NF2 nurse and genetic consultant in NF2 who spent many hours on the phone and video consultations. We feel that nothing was too much trouble. We can’t even begin to explain how much this really helped us."

The hours spent sat crying reading other people’s NF2 stories but knowing there was support at the end of the phone and speaking to people with the same condition as our unborn son was very comforting. At present there is no cure for this terrible disease, so support from this charity is crucial for those living with this condition.

We would love to give something back to both these incredible charities by raising money for whatever they need. Whether this be more cold cots for sleeping babies, upgraded equipment or to help provide another room for families to cherish the last moments together with their child. Whether it be Nerve Tumours UK hosting patient days, being able to answer many more phone calls to patients and families affected by NF2 or helping to find a CURE. We really appreciate every little thing that was done for us during our heart-breaking time. We simply can’t thank them enough.

Now that I am 7 weeks post-partum, we will be walking at least 24 miles per week whatever the weather – 24 miles as Reuben was born at 24 weeks gestation. What better way to raise money for an amazing cause and combat our mental health! We will be doing this each week until Reuben’s due date 2nd April 2022.

So that’s 216 miles we will be walking in honour of our beautiful son. Any donations would be very much appreciated via the GofundMe link. Let’s support many more bereaved families and those affected with NF2.

Thank you for taking the time to read our story.

Give our Support Specialists a call on Mondays and Wednesdays 9am-5pm. Find out more here: 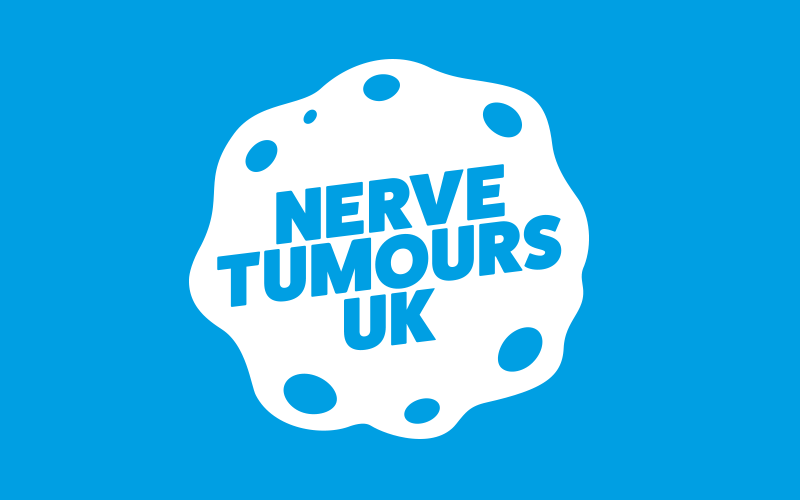 How is NF2 diagnosed?